[Note/Disclaimer: Some of the discussion in this piece is shockingly brief. A limit of 10,000 words was planned and (just) adhered to.]

We’ve encountered Michael Moorcock’s masterpiece, Dancers at the End of Time, before on these pages: both as an example of sci-fi doing what it does best (providing a blank canvas for a bigger discussion) and the problems futurologists have with not seeing key disruptive technology (the Internet, in Moorcock’s case).  But, for this post, an entirely different question to ponder: who exactly ARE ‘The Dancers’?

Because answering that puzzle (there aren’t that many clues to go on in the novel itself and obviously it is only a story) takes us to considering problems in (apparently) entirely different fields: environment, politics, economics, etc. (which is the important point really, of course) and may lead us to a view of the future quite at odds with current thinking right across the political spectrum.  Specifically, what’s usually wrong with long-term ‘futuristic’ political and economic prophesising?  Particularly the very well-intentioned left-wing stuff.  What’s the one thing that everything from Karl Marx’s Das Capital to Aaron Bastani’s Fully Automated Luxury Communism appear to take for granted?  (Spoiler alert: in simple terms it’s the belief that just because a political/economic system’s crap, it will naturally yield to something better – but we’ll come to that.)

END_OF_DOCUMENT_TOKEN_TO_BE_REPLACED

You’re Not My Dad! (The Kettle Said So) 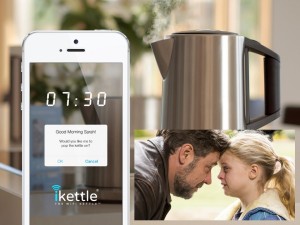 The increasing simplicity and speed with which DNA testing can now be performed has already changed lives.  Not only can simple issues of parenthood be resolved (sometimes disproved) quickly – often causing great distress, the gradual expansion and combination of DNA databases has exposed relationships previously unrealised and even potentially compromising in private and working lives.

How far could this go?

END_OF_DOCUMENT_TOKEN_TO_BE_REPLACED

I’m editing a special edition of the journal, Information, with the title, ‘The End of Privacy?’

We all know how hard technological forecasting can be. The technology itself, even in isolation, can be difficult to predict a few years into the future, but taking into account the wider social, legal, political, economic, environmental and demographic fallout, and throwing in some ethics and morality too, it becomes next to impossible. There’s too much to think about. Whilst some of us might have an idea of where, for example, the Internet of Things might be in five years’ time or, separately, artificial intelligence, robotics and automation, big data analytics, network connectivity, etc., putting it all together into a vision of this fully-automated, AI/big-data-driven, always-on/always-connected world is probably beyond most of us.

Thus the plan here is to focus on one issue that all these factors impact upon, personal privacy, and to pose a fairly simple question: Will it be possible to have personal data (secrets) in the world that future technology will bring us into? What possibilities (benefits and threats) will new technology open us up to? From individuals up to governments and corporations, how easily will information be shared and (how) can it be secured? To what extent can we realistically be protected by legislation? Where will politics and economics be brought to bear? Ultimately, what control will we have? END_OF_DOCUMENT_TOKEN_TO_BE_REPLACED

Is it Time for the ‘SuperApp’?

If our privacy is going out of the window anyway, let’s go the whole hog!  Why let the Big Data/Internet of Things future be a plethora of individual apps/processes when it could be just a simple ‘global identity’ for each of us? [‘tongue-in-cheek mode’ enabled]

Let’s concoct a future scenario (extended from a passage in the book) to work with … You’re out for an urban stroll.  You buy a bottle of orange juice along your way, and drink it as you’re walking.  Half a mile down the road, you throw the empty bottle in a bin.  Not that inspiring?  OK, let’s IoT/big data it up a bit …

Your exercise is being monitored as you walk.  When you buy the bottle, the cost is automatically debited from your bank account.  Also the juice’s nutritional information is fed into your fitness tracker along with your steps.  At the same time, the juice/bottle’s carbon penalty is added to your personal carbon footprint.  If you dispose of the empty bottle in an approved recycling bin, some of that carbon penalty is credited back to you.  The balance is your carbon tax to pay, although this is mitigated by an adjustment against your health tax: calculated from your fitness tracker’s juice and steps data.  The net cost is also taken directly from your bank.